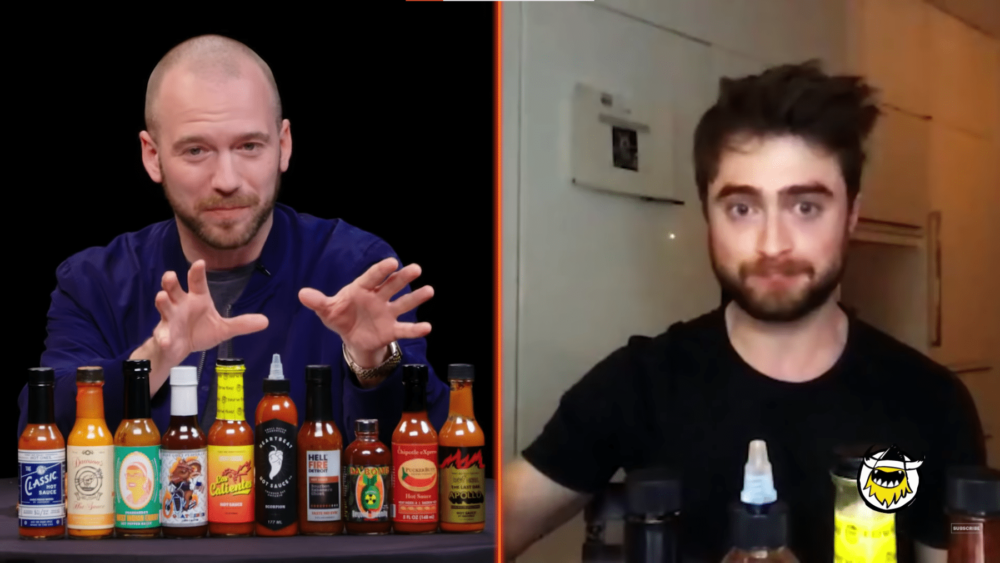 The disadvantages of the corona crisis are endless, but the quarantine episodes of Hot Ones are definitely one of them. We still watch (almost) every episode, but it simply loses some of its charm if Sean and the guest are not actually sitting at the same table. They really try to make the most of it (and they often succeed), but it’s just not on the same level as pre-corona. Unfortunately for First We Feast (the makers of Hot Ones) that’s also visible in the YouTube numbers, because they seem to get significantly less views than normal.

So it would be understandable if you are one of the people that has sort of lost interest in new (quarantine) episodes. Since we’re currently in a break between season 14 and 15 we have decided to give you the current top 5 of Hot Ones quarantine episodes, based on views (at the moment of writing this article). Oh, and they are all legendary in their own way!

We think it’s worth noting that at the moment of writing this Dua Lipa (who didn’t make the top 5) and Steve-O’s numbers are nearly identical, but Steve-O’s episode is way newer, so it’s almost certain he will top Dua Lipa very soon. It was actually the season 14 closer and he decided to go out with an insane move, so make sure to check that out! Season 14 has been the third full quarantine season, but hopefully we’ll get back to the old format in season 15 or 16.

Here you will find our Hot Ones page, where you’ll find all (ex) Hot Ones sauces we sell. We also have a full overview of all the sauces that has been on Hot Ones per season.

You probably won’t think about hot sauce when you think about a classic Christmas dinner, but if you ask us, it should become an essential from this year on. We give four reasons why this will be the year hot sauce should make its debut on the Christmas dinner table. Even tastier food Reason number […]