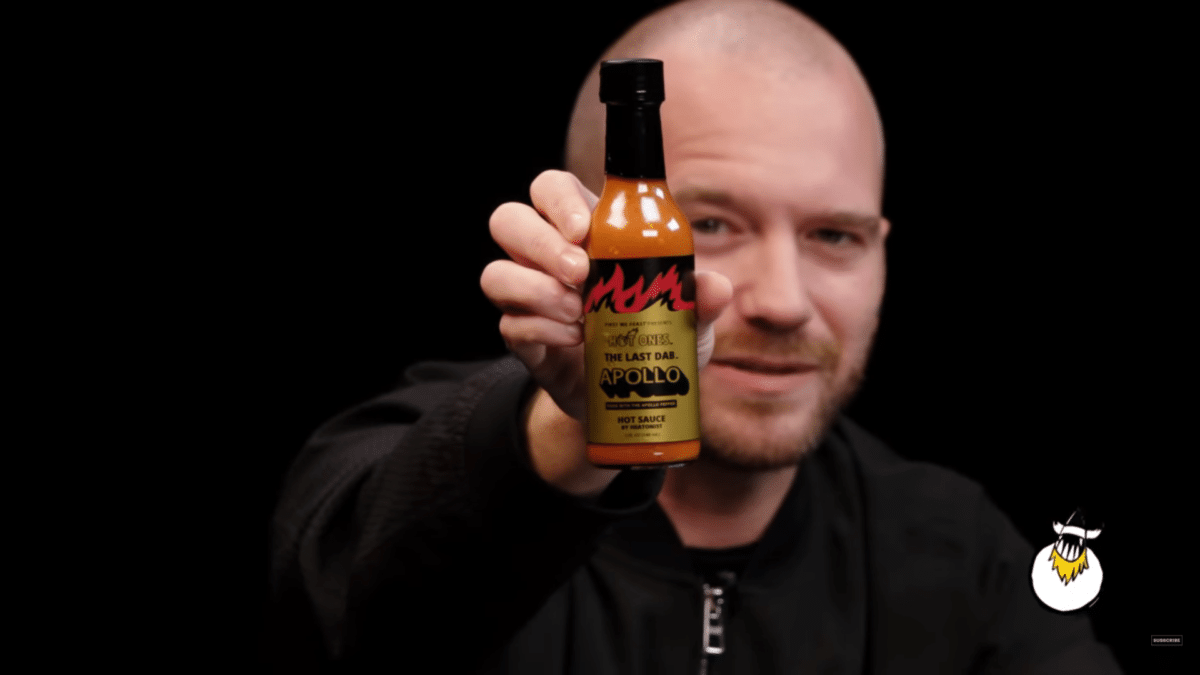 Yesterday Sean Evans revealed the new hot sauces for the 13th season of Hot Ones. Down below you can watch the full reveal, in which we see a few familiar brands and sauces, but the biggest surprise of all was the new number 10: The Last Dab Apollo. A new version of Hot Ones’ own hot sauce, made with a completely new pepper: The Apollo pepper. It’s Smokin’ Ed Currie’s latest creation and according to Sean Evans it’s his most ferocious creation ever.

Is the Apollo pepper the world’s newest hottest pepper in the world?

An incredibly intense heat build and tears rolling down your cheeks, just a few things that are named to describe the power of the pepper/sauce, but Sean also calls it the most delicious and ferocious pepper Smokin’ Ed ever created. Showrunner Chris Schonberger even doubted if it should be in the show, because it might be too intense for celebrities. But is the Apollo pepper the new hottest pepper in the world? That remains unclear.

Apollo: a hybrid between the Carolina Reaper and Pepper X

The Apollo pepper is a hybrid between the two hottest creations of Smokin’ Ed until now: the Carolina Reaper (still holding the Guiness world record as hottest pepper) and Pepper X (unofficially the hottest pepper in the world). Heat-wise it will obviously be a monster, but if it will become officially the hottest is unknown at the moment. It should pass the 3 million Scoville Heat Units to pass the Pepper X. Flavor-wise it’s a combination of the ‘fruity’ flavor of the Reaper and the earthy flavor of the Pepper X. According to Sean it is by far the hottest version of the Last Dab ever.

Feast your eyes on the our newest addition to The Last Dab family. Everyone welcome The Last Dab Apollo🔥 #HotOnes

So although it’s still unclear if this is the newest hottest pepper in the world, it might say something that this pepper actually got a ‘real’ name, instead of the Pepper X which was always kind of a project name for the pepper until it was officially tested. That still hasn’t happened. Anyway, this Apollo pepper will definitely get a spot at the top of the hottest peppers in the world. Here you can check out a cool overview of all the peppers in the world ranked by their Scoville score.

As we all notice, we are dealing with sky-high inflation all over the world, making just about everything much more expensive. We also notice that and especially since we import a lot of products from America, the hot sauces have become a lot more expensive to buy. In addition to inflation, this is also due […]

“What is the hottest sauce you have?”