These are the 5 most popular peppers in hot sauces 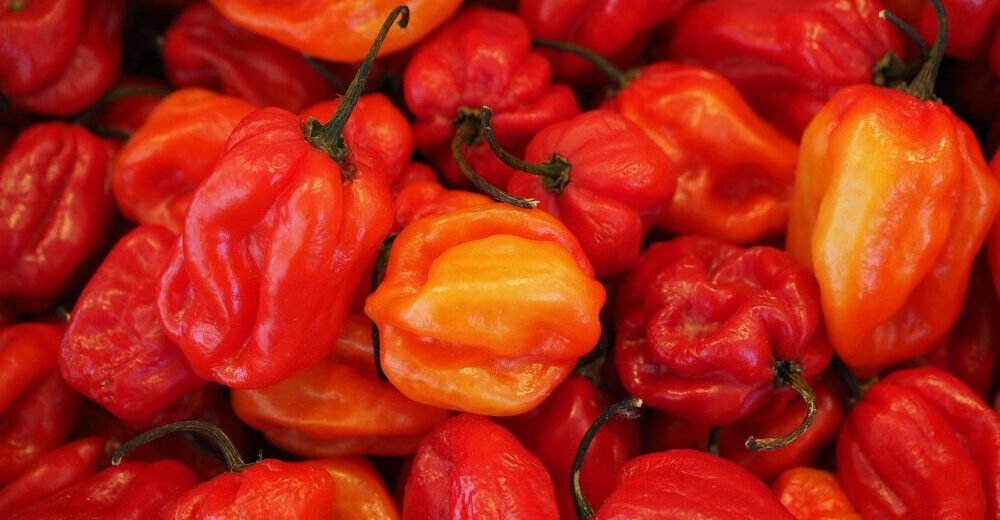 Without peppers there is no hot sauce, so it’s a good thing that there are an incredible number of different peppers. They differ not only in heat, but also in taste. With so much choice, it can be quite difficult to determine the perfect pepper to go with the rest of the ingredients in a hot sauce. Yet we often see the same peppers in the hot sauce world and that’s why we decided to check what the most popular peppers are in hot sauces.

We have taken a look at the 25 most popular hot sauces from the past few months on Heatsupply and looked at the most commonly used peppers in these sauces. So they are not necessarily the most popular peppers in the entire hot sauce world, but we think this is a representative top 5.

It comes as no surprise to us that the Habanero is number 1. In fact, this popular pepper was used in almost half of the 25 most popular hot sauces (12 times). With a Scoville rating of 100,000 to 350,000, it is certainly a hot pepper, but by no means the hottest. This allows sauce makers to play well with this pepper to make a somewhat milder or very spicy hot sauce. In addition, this pepper has a delicious fruity flavor, making it one of the tastiest options. Here you can check the full range of hot sauces with Habanero. 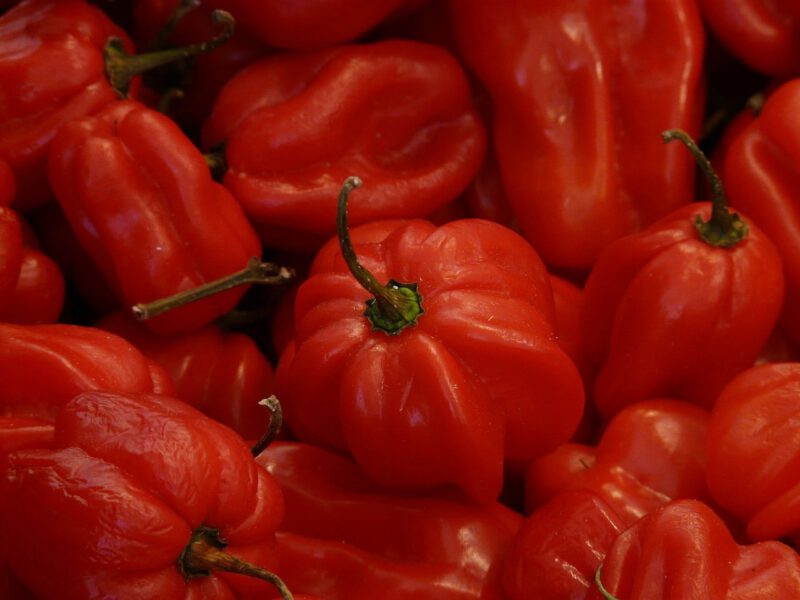 No fewer than 7 of the 25 most popular hot sauces used the (still) officially hottest pepper in the world: the Carolina Reaper. With a Scoville score of 1.4 to 2.2 million, this is the pepper for lovers of very/extremely hot sauces. In addition to the intense heat, this pepper also has a good and slightly fruity flavor and that is also important with a good hot sauce; that it tastes good. Check out the full range of hot sauces with Carolina Reaper here.

Perhaps most expected this pepper to be higher on the list, but people who regularly eat hot sauce simply choose sauces with this ‘mild’ Jalapeño less often. Jalapeño was used in 3 of the 25 most popular hot sauces on Heatsupply. Not entirely surprising, these are almost always ‘verde’ style sauces, i.e. green sauces with Mexican flavors. Check out the full range of hot sauces with Jalapeño here.

The Chipotle is in fact a smoked Jalapeño, but we wanted to treat these peppers separately. Especially because the taste is very different and because the Chipotle is also a well-known pepper in itself. Due to the smoky character, this is the pepper for barbecue-style hot sauces and they are often combined with sweeter flavors. Like the Jalapeño, the Chipotle came back in 3 of the 25 sauces. Check out the full range of hot sauces with Chipotle here.

We close out the top 5 with the extremely hot Bhut Jolokia, also known as the Ghost Pepper. This pepper has a very unique taste and the heat is especially felt in the back of the throat. Pretty mean, yet popular. Perhaps for that very reason. Just like the Jalapeño and Chipotle, this pepper was in 3 of the 25 most popular hot sauces. Check out the full range of hot sauces with Ghost Pepper here.

These are the most popular peppers in hot sauces among the users of Heatsupply. The Trinidad Scorpion was the only pepper to be represented twice, followed by peppers like the Serrano, Scotch Bonnet, Cayenne, 7 Pot and Árbol with one representation. Nice to know though. Want to see an overview of all the peppers in the world with their Scoville score? Check this out!