Where do the names of the most famous peppers come from? 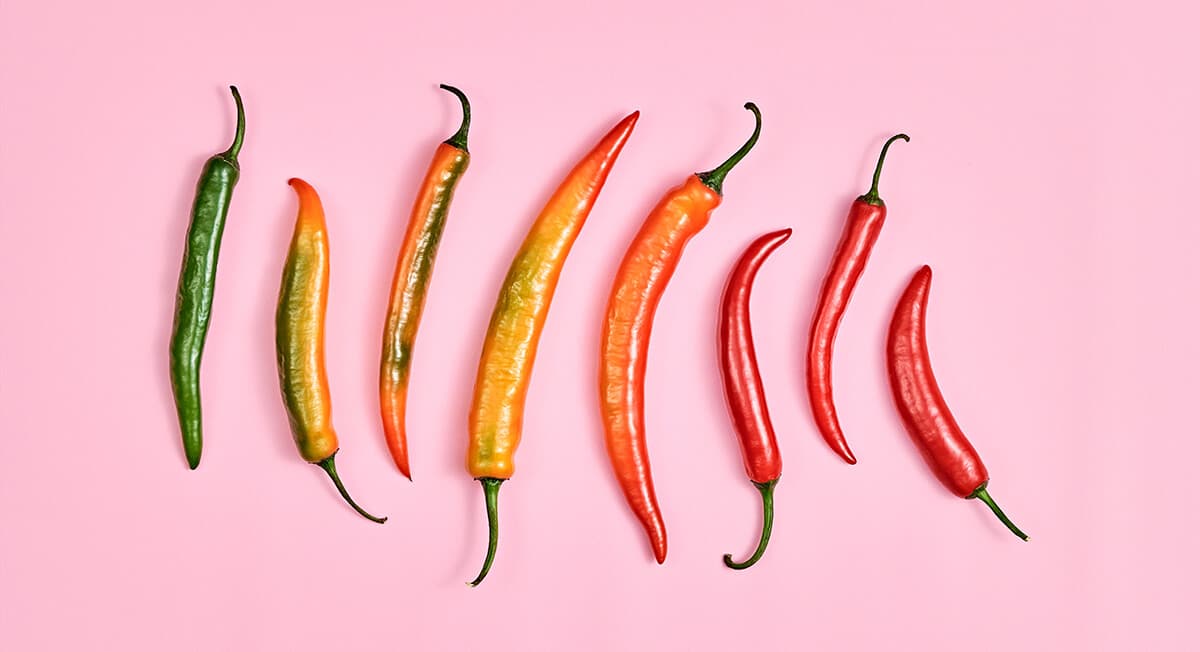 Just like how the makers of hot sauces think of the craziest names for their sauces, the peppers themselves have some pretty special names as well. Sometimes they are just straight up frightning, like the Ghost Pepper, Trinidad Scorpion and Carolina Reaper. Where do those names come from? We have searched for the meanings behind the pepper names and we have listed them down below.

Jalapeño is Spanish for ‘from Xalapa’, which can also be spelled like ‘Jalapa’. Xalapa is the capital of the Mexican state Veracruz and that’s where the pepper was first grown and harvested.

Chipotle is actually just a literal translation of what it is. The word ‘Chipotle’ means smoked chili in Nahuatl. The Chipotle is in fact a smoked Jalapeño.

The Habanero is named after the Cuban city La Habana (Havana). Not because they eat a lot of Habaneros over there, but because it used to feature heavily in trading over there.

The Ghost Pepper’s original name is ‘Bhüt Jolokia’ and it literally means ‘Bhutanese pepper’ in Assamese. The first part of the name, which means Bhutanese, was confused for an almost identical Assamese word ‘Bhut’, which means ‘Ghost’ in English. So Ghost Pepper is actually a wrong translation of the original name. The name stayed though and we must say that it’s quite the fitting name for this extremely hot pepper.

With the Trinidad Scorpion the origin also plays a big role in the name, because the pepper is originally from Trinidad & Tobago. From the ‘Moruga’ district to be more precise. That’s why this pepper is also known as the ‘Moruga Scorpion’. But where does the ‘Scorpion’ part come from? Well, the tail of the pepper looks like the one of a scorpion. Eating the pepper actually makes you feel like you have been stung by a scorpion as well, but that’s not the reason why it has this name.

Although the origin of the name is not entirely clear, it is said that the originally Surinamese Madame Jeanette is named after a local prostitute who was known to be quite fiery. It might make you look at the pepper quite differently next time.

The Poblano is originally from the Mexican state called Puebla and that’s what the pepper is named after.

The Serrano is also from Puebla, but it’s also pretty common in Hidalgo (both Mexico). The name of the pepper is a reference to the mountains (‘sierras’ in Spanish) in these regions.

Chile de Árbol literally means ‘tree pepper’ in Spanish and it got the name because of the wood-like stem attached to the pepper.

There are a few reasons behind this name, but they all refer to birds. Firstly because the Birds Eye Chili is a small and pretty round pepper, which makes them look like a bird’s eyes. Secondly because birds play a big role in spreading the seeds of the chilis. ‘But won’t the birds suffer from the hot pepper (seeds)?’ No, because they don’t chew the seeds and swallow them whole. That’s why they won’t feel a thing and drop the spread the seeds undamaged across the area. A perfect collaboration between peppers and birds.

The meaning behind the 7 Pot pepper name is not what you would call a stroke of brilliant creativity, but it’s very clear: with one 7 Pot pepper you can heat up 7 pots of stew. That’s it. And what about the 7 Pot Primo? Well, Primo is the nickname of Troy Primeaux and he is the one who created the hybrid between a Naga Morich and 7 Pot pepper.

Ofcourse we’re not even close to naming all the peppers known to man, otherwise we would still be doing this next year. But if you’re curious about the names of all the other peppers, then we have an overview of all the peppers in the world, ranked by Scoville Heat Units.